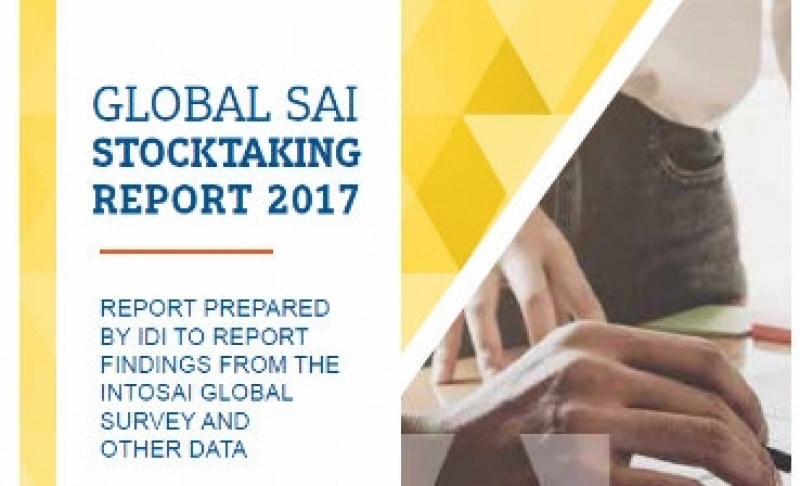 The INTOSAI Development Initiative (IDI) today published the results of the triannual stocktaking of the performance and capacities of Supreme Audit Institutions.

The report is published in two volumes. The stocktaking report highlights key findings in the areas of SAI Independence, SAI organisational systems and professionalization and SAI capacity development. It also summarises performance of SAIs within each INTOSAI region, and provides comparative information on the INTOSAI regional organisations.

The Annex volume provides a statistical annex of key indicators by income and regional classification, and a more detailed presentation and analysis of the data.

GLOBAL SAI PERFORMANCE AT A GLANCE

SAIs across the globe face a multitude of challenges towards strengthening their capacities and performance to deliver value and benefits for citizens. They often operate in constrained environments, with legislatures that do not fully support and use their work, and where basic systems of transparency and accountability are lacking. Many SAIs face significant independence challenges, especially on financial independence (where executive interference is reported to have increased since 2014), and lack the resources to fulfil their mandates. SAIs have taken significant strides in strengthening their strategic management through strategic plans and performance assessments, though quality of plans and reporting on performance needs to be strengthened. Enhancing audit quality and coverage, particularly implementing the International Standards of Supreme Audit Institutions (ISSAIs), is a major long term challenge. However, there is gradual adoption of the ISSAIs and slow but improving implementation, though many more SAIs need to implement quality control and assurance systems to enable them to gauge their actual levels of implementation. Publication of audit reports appears to have declined since 2014, though this mainly reflects independence challenges. A good many SAIs are managing to overcome such challenges to enable public reporting. However, SAIs need to enhance their efforts in active communication with stakeholders, beyond publishing their reports. The coordination of support provided to SAIs continues to be an area for all stakeholders to improve: SAIs to take a leadership in coordination of support, and all providers to ensure support reflects SAI priorities, where these differ from their own priorities.

The global picture should be nuanced on two factors. Regarding income levels, poorer countries are further behind, with the group of least developed countries – including many fragile states – significantly behind in many areas. Regarding regional variations, whilst this depends on the specific area examined, SAIs in the ARABOSAI, CREFIAF and CAROSAI regions appear to face more challenging circumstances and display more limited capacity, in a significant number of areas.