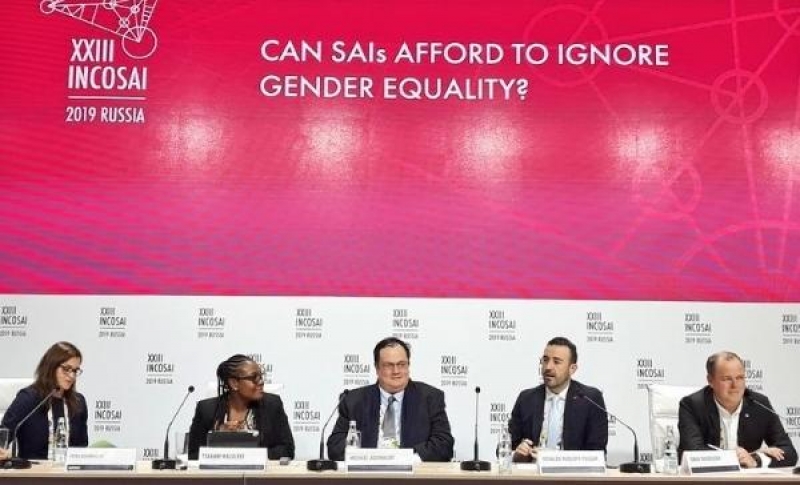 “Gender Equality is a must if we want to solve the substantial challenges the world is facing”, said Einar Gørrissen, Director General of the INTOSAI Development Initiative, as one of the panellists. Supreme Audit Institutions (SAIs) can contribute to gender equality by assessing government action on gender equality and by leading by example as institutions. The panel discussion can be viewed here.

The speakers in the panel discussion included:

Mr. Aguinaldo explained that the Commission on Audit has an automatic role to play with regard to gender equality in his country. This is due to the fact that implementing gender-responsive budgeting in the Philippines has changed the role SAIs work. Mr. Rudloff and Ms. Maluleke stressed the importance of leading by example and having role models within their own institutions. Consistent efforts, including both hard and soft controls, sex-disaggregated data, bold strategic choices and engaging both men and women, are some of the elements necessary to advance on gender equality in SAIs.

The pdf IDI Strategic Plan 2019-2023 (6.83 MB) introduced a strategic shift towards including a gender perspective at IDI’s own organisational level and in its work. This includes a requirement to conduct a gender analysis for each new IDI initiative.
IDI will also continue to raise awareness on gender equality with Supreme Audit Institutions, INTOSAI bodies and other partners.
For OLACEFS work on gender equality, see: https://www.contraloria.cl/multisite/genero/en/