Working together to improve debt auditing

The ALBF programme and SAI Philippines 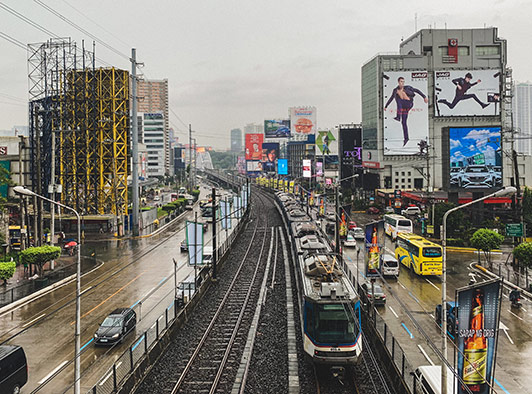 Public borrowing remains a double-edged sword for many low and middle-income countries. If large-scale public borrowing schemes are prudently managed, they can contribute to enhanced public services, expanded infrastructure, and increased economic opportunities for citizens. If borrowing is too excessive, however, or payment plans are poorly managed, then a country can quickly find itself facing extreme and often untenable levels of sovereign debt. Under the weight of these massive repayment obligations, a country’s economy will be forced to shift its focus from investing in its citizens to scrambling to meet payment demands.

The Philippines was one of the many countries finding itself in this precarious situation. While international borrowing had allowed the country to finance some investments and reforms, rising interest rates also caused debt obligations to steadily rise. By 1986, the Philippines’ external debt to GDP was as high as 97.1 percent. This percentage has fallen steadily over the past decades, but keeping debt sustainable in the long run has remained an issue. In order to avoid the devastating effect of debt expansion, the Commission on Audit (COA), the Supreme Audit Institution (SAI) of the Philippines, knew they had to take on a more active role in auditing their country’s borrowing activities and long-term payment plans.

But how, exactly, should this be done? There had not been an office dedicated to public debt audit in the Philippines since 2002. By this time, most auditors at the COA had limited to no experience with debt audit work. If the COA was going to start monitoring borrowing practices in the country to help head off coming financial storms, then the organisation’s staff would need to drastically improve their capacity for conducting debt audits – and quickly.

The COA was hardly the only SAI facing this problem. Audit offices from across the developing world were showing interest in improving their debt auditing capabilities.

The INTOSAI Development Initiative, the INTOSAI body mandated to support SAIs in developing countries to enhance their audit capacity and performance, had recognised that public debt was a very relevant subject matter for many SAIs to audit in the coming years. In 2013 IDI received funding from the Norwegian Ministry of Foreign Affairs to create a global programme for SAIs to effectively tackle audits of lending and borrowing frameworks in their home country. The organisation joined with multiple partners, including the United Nations Conference on Trade and Development (UNCTAD), the United Nations Institute of Training and Research (UNITAR), the INTOSAI Working Group on Public Debt (WGPD), as well as individual experts from the United Nations and World Bank, to ensure the programme would meet international standards and be of use for auditors around the world.

These efforts resulted in IDI developing a publicly available Handbook on Audit of Public Debt Management and eLearning course on auditing lending and borrowing frameworks, under the Audit of Lending and Borrowing Frameworks (ABLF) programme. A number of SAIs were invited to join the course and participate in an audit. Together with 23 other SAIs, the COA joined the programme and began its new path towards auditing public debt management.

Philippines Commission on Audit and the ALBF Programme

We saw the IDI programme as a good opportunity to bring forward to our top management the need to really create an office that could focus on audits on public debt.
Cora Lea Dela Cruz Director at the COA, was a mentor in the new IDI programme. She is currently responsible for the INTOSAI Working Group on Public Debt (WGPD) Technical Secretariat.

As part of the programme, the COA conducted a pilot audit on the legal frameworks and organisational management of public debt. The audit found that the Philippines lacked legislation which clearly laid down public debt and borrowing objectives. Additional findings highlighted ways that the Bureau of the Treasury and and Department of Finance could improve in this sector.

Public debt management audit, specifically performance audit, following international guidelines was a new and unfamiliar concept for some, including the Department of Finance and the Bureau of the Treasury, and COA. Participation in the programme had helped to raise the profile of the COA. In the past, obtaining documents for conducting public debt and debt-related audits was often a challenge. “Now, sometimes we don’t even need to ask for loan documents, they just send them over for reference purposes” Ms Dela Cruz notes. Slowly but surely, with the improved presence, visibility, and support from top management to improve capacities of auditors in auditing public debt, the COA was able to more effectively engage with agencies in the country. The establishment of a dedicated office in the COA for public debt also helped stakeholders to feel confident in the COA’s long-term commitment to focus on this audit area. Even legislators in the national Congress have recognised our office’s initiative and Congress has requested audits of several big-ticket loans, including those that have been incurred in the past”, says Ms. Dela Cruz.

Moving forward, the COA plans to continue prioritising debt-related audits. The organisation’s new strategic plan is in the final stages and will include audit of borrowing activities as one of its top five focus areas for the period. At the national level, the Philippine’s commitment to prudent debt management has yielded impressive results. The IMF released a new projection for the Philippines, where it judged that the country’s sovereign debt will remain moderate and sustainable in the near future. The country’s gross debt had fallen to 40% of GDP in 2017, a more than 12 percentage point reduction over the previous decade.[1]

The COA is engaging with other SAIs in sharing knowledge and experience through its leadership of the INTOSAI Working Group on Public Debt (WGPD). COA’s participation in the IDI programme had encouraged it to assume this role. The COA is now using its position to pursue increased international collaboration that can help SAIs play an even more central role in public financial management.

The positive results at COA, and the knowledge sharing through the WGPD, are great achievements in public debt auditing. However, backsliding is always a risk for any country. The need for strong SAIs with the capacity to audit lending and borrowing practices is clear. This must be combined with a sustained effort to educate and engage all stakeholders, including the general public, on the dangers of excessive debt. With a concerted effort by local authorities and continued support by the international community, countries like the Philippines will be well-positioned to continue their responsible debt management, and hopefully avoid sovereign debt crises in the future.